Most people hate when things come to an end. From relationships to TV shows to sports careers, they can’t stand to see something end so abruptly.

But the good news for those who hate endings is that every end brings a new beginning along with it. And studies have shown that ending one thing and starting something new can be very healthy for a person.

Still, that doesn’t always take the sting away when you’re forced to face an ending. It’s why you should keep a handful of quotes about new beginnings around whenever you have to put an end to something that you love.

With the right inspirational quotes about new beginnings by your side, you’ll be able to continue moving forward in life with a positive attitude. They’ll help guide the way as you end one chapter and start a new one.

Check out 15 quotes about new beginnings and change below.

When you first come into contact with a new beginning, you might be hesitant to take the first step in its direction. It can be very challenging taking on a new challenge and leaving an old one behind.

But the second that you take the first step, you’ll feel better about the situation as you’ll be one step closer to working your way through a new beginning. It’s a much better option than staying stagnant and not moving at all.

It might take you some time to put one thing to an end and start something new. But your goal should be to find the strength and courage to take that first step.

When you really sit down and think about it, change is something that we should all be used to by now. Things are always changing in our lives since the clock never stops.

Every new moment is technically a new beginning. It’s also an ending to the last moment that you just enjoyed.

When you look at change like that, you should see that it’s not something you should fear. It’s something that you should embrace and appreciate.

One of the biggest reasons why people struggle with change so much is that they have an unusually hard time letting go of the past. Letting go can be very difficult to do, even if the past is something that you should, in theory, want to move away from.

This is one of the best quotes about new beginnings for someone who is struggling to let go. You should put it to good use when you feel like there is something from your past that’s holding you back and preventing you from pushing forward.

New beginnings are scary for a lot of people because they don’t know exactly where they’re going to take them. As a result, they sometimes try to dictate where a new beginning is going to lead them, which can actually prevent them from reaching their potential.

You should avoid trying to control everything when you’re starting something new. Instead, you should learn how to “go with the flow” as they say, and let change do what change does.

You might not like the unpredictably of change at first. But you can learn to love it when you embrace it and see positive results.

Just because you’re putting an end to something doesn’t mean that you have to forget all the memories that come along with it. Those memories will always be there for you to look back on.

But you shouldn’t let your memories stop you from changing and experiencing growth. You can still hang on to any memories that you want to without sacrificing a new beginning.

Do you find yourself using your past as an excuse a lot to explain why things are the way they are for you right now?

Your past might very well be to blame for your present. But that doesn’t mean that you have to keep on allowing the past to create problems for you in the future.

This is one of the quotes about endings and new beginnings that people who have a tough past should commit to memory. It’ll be a constant reminder that you don’t have to let your past haunt you forever.

Every story doesn’t always have a happy ending. There are going to be times in your life when a new beginning will lead to nothing but failure in the end.

But guess what? That’s actually something that you can use to your benefit if you play your cards right.

You can take whatever you were able to learn during a particular time in your life and use it to attack your life in a different way in the future. You’ll be able to take a smarter approach to life thanks to quotes about starting over and new beginnings like this one.

If you sit and watch a movie from start to finish, you’ll find that the main characters in it will face a handful of challenges throughout the duration of the movie’s plot. Those challenges help to reshape the characters and ultimately lead to them turning into different people in the end.

Rather than trying to escape those challenges unscathed, allow them to change you. You’ll be surprised by how much stronger you are as a person after having gone through tough challenges.

Life doesn’t come with a rewind button. If you’ve created a story for yourself that you don’t like, you can’t just go back in time and rewrite it.

But—and this is a big but, so pay attention—you can always put an end to a story and start a new one whenever you want. So if there’s something going on in your life that you don’t like, end it now and start a new beginning.

Your new beginning could lead you to a better ending than the one you’re headed towards now.

As we touched on a little while ago, almost no one likes it when things end. Endings are painful for most people since it suddenly leaves them in a place of uncertainty.

But you shouldn’t focus on the uncertainty when something ends. You should instead hone in on the fact that you’re being given an opportunity to embrace a new beginning.

When you look at life through this scope, you’ll enjoy new beginnings more and appreciate the fact that you get to go through them.

“What is my purpose in life?” That’s a question that people ask themselves time and time again throughout the course of their lives.

There is no telling how long it’ll take you to land on your purpose. But as long as you keep on starting and stopping stories, you should be able to find it sooner or later.

Do you catch yourself saying things like, “I’m going to do this or that just as soon as…”, all the time? People are always putting things that they want to do off until later.

Unfortunately, people have become obsessed with the idea of finding the “perfect time” to do these things. But the sad truth is that most of the time, they don’t ever find it.

Rather than waiting for the right conditions to start a new beginning in your life, why not dive headfirst into a new beginning even if it’s not the perfect time to do it? You might discover that right now is a better time than you thought it was to start something new.

Fear is one of the most complex emotions that people go through. It can propel some people forward and motivate them to take their lives to the next level. But it can also hold some other people back and leave them paralyzed.

You’re going to feel some fear anytime you’re forced to face an ending and tackle a new beginning. But it’s important to use that fear to your benefit as opposed to allowing it to slow you down.

Look fear right in the face and tell it that you’re not going to let it stop you from reaching your goals. Then, use it as motivation as you set out to do whatever it is that you want to do.

Identifying a new beginning can be almost as hard as going through one for some people. They hold on so tight to the past that they don’t see a new beginning staring them down.

It’s important for you to work to identify when something is over and done with so that you can move on. From friendships to careers, people often struggle to come to terms with something coming to an end. You should actively look for endings so that you can get to the beginnings that accompany them.

The beginning of almost anything is super important. Whether you’re starting a new job, a new romantic relationship, or even just a new year, getting off to a strong start will be of the utmost importance.

This quote is a great one to share as part of the Happy New Year wishes that you send to people. It’ll uplift them and make them feel good about starting a new beginning.

It doesn’t matter how old you are or how many things you’ve seen in your life. Anytime you start something new, you’re going to be a little nervous about it.

The 15 quotes about new beginnings listed here are designed to help you get over the anxiety that you feel when it comes to starting something new. You won’t have any problem leaving the past in the past and starting fresh when you read through these quotes on a regular basis.

Take a look at the rest of the articles on our blog for more great quotes that you can use in your everyday life. 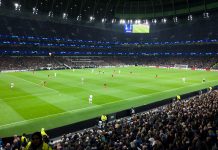 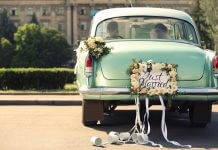 8 Wedding Trends That Will Be Everywhere in 2022 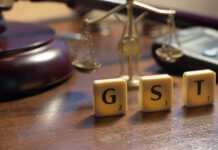